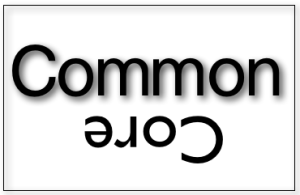 As the new school year commences, most K-12 teachers are faced with the reality of standards-based grading and the hurdle of having to cover ridiculous amounts of material in what feels like a nanosecond.   While standards-based grading is primarily a phenomena in the K-12 realm, college and university teachers are moving toward similar curricular approaches, such as outcomes-based learning, and so to face coverage dilemmas.  Flipping the classroom is a proven method for taming that vexing beast my colleague, James Fraser calls the coverage monster whether you are teaching an in outcomes-based or standard-based classroom.

The vision of standards-based grading is simple: all students will demonstrate mastery of sanctioned and pre-determined content knowledge and related skills and at the end of the year, students grades reflect their mastery.  While simple in theory, standards-based or mastery-based grading can be complex in implementation. For one, the pre-determined content knowledge and related skills that make up standards such as the Common Core are rigorous, as they should be.  More and more,  teachers and students are realizing that success as measured by grades in a standards-based classroom depends on embracing new approaches to both pedagogy and learning.

To kick off the school year, Turn to Your Neighbor is featuring a guest post by April Gudenrath.  A high school literature teacher, Gudenrath has been flipping her English class for several years, with great success.  And she is doing it in a standards-based grading environment. Her flip has resulted in her students from 2012-2013 scoring 100% proficient or advanced in reading and 92% proficient or advanced in writing on state tests.

I have been flipping my English classroom for over four years at a public school in Colorado Springs, Colorado. I have spoken at several conferences and webinars and the topic that I get the most questions from teachers and school leaders about is how flipping and standards-based grading can help promote student success in the classroom. Shortly after flipping my classroom, I was placed on a district committee that was charged with unpacking the common core and cross walking it with, or mapping it to, our state standards. This was an overwhelming task. Talking with other teachers on the committee, I saw pain and frustration. “How do they expect us to get through all of this in a year?” “There are only so many hours in the day and these skills are really high level. How can I make sure that every student is mastering them?”  My peers asked me if I shared in their exacerbations and while I listened, I was once again reaffirmed in my decision to flip my classroom.

When faced with the onslaught of requirements that I now have in front of me from the common core and the state, I approach them with the same single question that I have used since flipping my classroom four years ago–What is the best use of my class time? Then, I decide the aspects of each lesson that need to be a shared learning experience and which aspects can be more independent to help prepare students for the critical thinking skills imbedded in all of the standards.

Since I have flipped my class, I have actually gained time to ensure that my students are progressing toward the common core. I have time to walk around the classroom and by watching them perform key learning tasks,  I really get to know exactly where each student is in their progress toward each standard.   Whether it is having writer’s workshops one on one, or walking around during a Socratic Seminar discussion of literature, I can easily assess each students’ level of proficiency and guide them toward further progress.   I am only able to do this because of flipping my classroom. I decided a long time ago that the best use of my class time is not lecture or giving rote memorization exercises. Although I can’t get rid of those things completely, I refused to let content coverage take my class time away from my students. Students don’t need me to be there when they are taking notes on Chaucer; they need me when they are reading it, thinking about it, and puzzling through the text.

From there, I realized that just knowing the standards was not enough for my students. The vision of standards-based grading is one that implies a mastery of  knowledge where students can apply what they know, rather than simply repeat it.  I started to do some research on Robert Marzano and others and decided that evaluating students’ movement towards mastery was the best way for me to evaluate the learning that was happening in my classroom. I was one of the pilot teachers for standards-based grading in our high school and my department was the first to adopt it in my district. Standards-based grading allows teachers to celebrate student successes and have students see that learning is a growing process. Standards-based grading also allows students to have some failures but not get crucified for them, learn and grow from them, and to see the pay off of subsequent effort. Such perseverance is a skill that my students will need to succeed in college, their careers, and lives.

I know that flipping has allowed me to address the heart of the common core or any standards that might come my way, which is preparing students for life beyond high school.

Flipping is more  of a new trend in the sciences, but it works in every content area. When I am prepping a lesson I go back to the basic framework of examining the best use of my class time.  The first thing I do is ask myself:  What can my students do on their own to reach mastery of this content? For which activities would my presence or the presence of their peers facilitate mastery?

For example, I taught a British Literature class last year and I decided that the best use of class time was reading the texts together and writing about what we read and discussed, all during class. After that decision,  I laid out a plan of the learning activities my students would need to engage in to show growth both on standardized tests and in their critical thinking. I then categorized these activities as in-class or out-of-class. With that list done, I further organized the outside work into additional categories:  learning objects (a resource, such as a reading or video, to support learning), low-level Blooms taxonomy, and independent work. I then started brainstorming and researching how to best get the learning to the students. Sometimes, I find amazing learning objects in TED videos or from SAS Curriculum Pathways and other times I find that I need to make some type of learning object myself to better direct what will happen in class.*

Does this take time? Definitely. But it also makes my time as a teacher more valuable and efficient.  I would not change my process for anything and the results stand for themselves. Our ACT scores are above National and State average, my IB scores are consistently above the International average, and my students last year were 100% proficient or advanced in reading and 92% proficient or advanced in writing on the state tests.

*Check out April’s terrific TED-Ed Original Lesson, made by the TED-Ed team, on heroes in literature., which she uses to expose her students to the different kinds of heroes they will be getting to know in her classroom.

April Gudenrath is an English teacher at Discovery Canyon High School in Colorado Springs, CO. She has been flipping for over four years and has never looked back. She has spoken for both national and international audiences on flipping and standards based grading. She will be a part of a new flipped book featuring Jon Bergmann and Aaron Sams that will be released in January by ISTE publishing. You can contact her at agudteach@gmail.com or follow her on her blog.

What do you think? Cancel reply

Julie Schell is Director of OnRamps, an innovative dual-enrollment program at The University of Texas at Austin. She is also an Assistant Clinical Professor in the College of Education, where she teaches on Technology and Innovation. Julie is on the Board of Directors of the Flipped Learning Network and continues driving innovative pedagogy as a member of the Mazur Group at Harvard University. Read more about Julie at www.julieschell.com.

Next Door Innovator is a series on educational innovation inspired by Deborah Solomon's New York Times column, Questions For. We engage in short conversations with educators, students, and others to gain their insights about relevant topics. The series moderator is Julie Schell.

ABOUT THE NEIGHBORHOOD
In The Neighborhood blog post series, Turn To Your Neighbor invites innovative educators from around the globe to discuss a variety of education topics.

Featured Post – 2 most powerful tips for flipping your class

Turn to You Neighbor RSS Feed